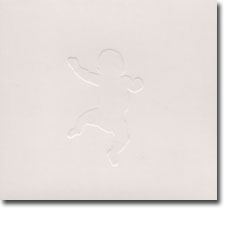 Electroleum is 7 Hurtz's second album on Output Recordings. 7 Hurtz have appeared on all three Channel compilations of Output Recordings (as well as remixing Innerstrings on the Black Strobe single) so we've had a good chance to give them a listen even if we might not have had a chance to hear their first album Audiophiliac.

Electroleum is like a collection of grooves and moods, as 7 Hurtz mixes it up quite a bit for a disc that makes it hard to put a finger to their style, but makes for varied listening. Along for the ride are guest vocalists which help to funk up the proceedings, including vocal appearances by Charlotte Marionneau (from Le Volume Courbe), Val Perkins, and Mary Joy.

The one minute intro track Mono Random features a very subtle vocal by Charlotte Marionneau which is buried in the mix. It's too bad this track is so short because it sounds like it could have bubbled on for many more minutes to fine effect. Instead, the second track Malibu begins, which is not a bad thing as it breaks into a dubbed out rhythm collage with a sampled voice laid over top. 7 Hurtz shows one of their trademarks with a subtle introduction breaking into a warm bassled rhythm which reminds me of a funkier Orb.

The title track for Electroleum starts out just as un-assuming only to break into a mesmerizing breakbeat rhythm. 3 Sisters would rather have a guitar vs bass workout and a funky vibe even if the rhythm is electronic in style.

Tension On Sight features subtle vocals by Val Perkins which augment this string ladden epic. Distance has a much different vibe thanks to vocalist Mary Joy who adds a soulful downbeat groove which definitely makes this track stand out. Electroleum ends with LVL which was also featured on the Channel 3 - A Compilation Of Output Recordings, a track that tends to get hidden away but as a synthy Ash Ra Tempel or Namlook goodness too good to miss.