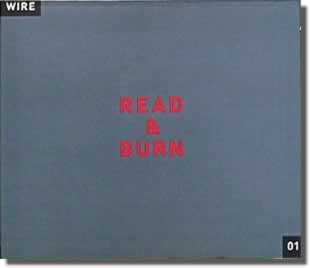 A dangerous thing when a godhead level band reforms and releases new material - it is possible to shoot down your popularity in one fell swoop, just as it is possible to introduce your name to a new generation of people who may become inspired to dig back into your prime period for further listening.

Wire have completed two extensive tours recently, and apparently felt confident enough to start a new label called Pink Flag (named after one of their own early records) and release this seventeen minute 6 song EP of original material.

Longtime fans will recognize Colin Newman's vocals. Every one of the songs rock harder than you might expect if you are familiar with mid period Wire, such as the 154 LP. My favorite songs are I Don't Understand, 1st Fast, and The Agfers of Kodack, but every one of the tracks are pretty darn good.

Last year I saw one of the Mission of Burma reunion shows. The show was bonkers, and you could see that the band was there for more reasons than some quick cash. It is the same with this EP. Wire inspired legions of bands, including crucial first wave Boston bands like Mission of Burma and La Peste. With Read & Burn they have given long time fans who still listen to cutting edge music a gift.

Anyone who likes to rock out with Buff Medways or even The Rapture would probably enjoy stuff on this disc.