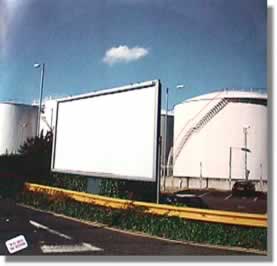 City Rockers have quickly become my favorite English label. With the release of the recent 'Futurism' double CD set City Rockers have made a big step towards widespread notoriety as the London equivalent to Berlin's International Deejay Gigolo Records.

FC Kahuna are Dan Ormondroyd and Jon Norwell. They have been working together for years, with an extensive past in the 'big beat' scene along with bands like Fuzz Townshend and Psychedelia Smith.

The difference between those bands and FC Kahuna is that FC Kahuna are poised to become huge RIGHT NOW. They did one of the remixes on Felix Da Housecat's 'Silver Screen Shower Scene', are on the cover of the April 2002 issue of Jockey Slut, and are set to release their City Rocker debut full length 'Machines Say Yes' any day now.

'Hayling' is the first single from that record ('Glitterball' is the second). It is not an electro rocker or dancefloor killer. 'Hayling' is a seven minute smooth post trip-hop track with Hafdis Huld (formerly of Iceland's Gus Gus) singing. The B-side is an instrumental of the same song. Both sides are pretty fine, though I prefer the vocal side myself.

Gruf (the vocalist of Super Furry Animals) will be singing on a track on 'Machines Say Yes', so FC Kahuna will have lots of attention coming their way. I believe that they will become a well known name this year. If other tracks are as strong as this single they will deserve any attention they get.